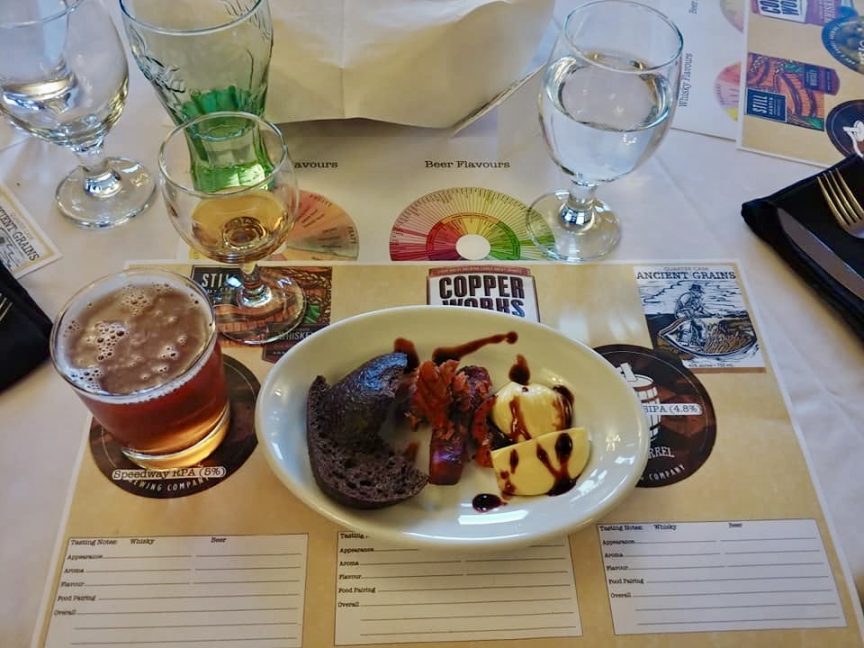 Most would agree that a strongly flavoured whisky is an acquired taste.  Many seasoned whisky drinkers feel that learning to love stronger flavors is the inevitable destination in life’s journey of whisky appreciation.  Or is it?  Why do we acquire a taste for something that seems unpalatable on first tasting?  Why do we dislike coffee, broccoli, and stinky cheese on first taste? Only to crave them later in life?

Science suggests that there are many factors behind the phenomenon of “acquired” taste, including: genetics, habituation, biochemical reward, social conformity, and perceived status.  All of these factors figure large in customer preference for one whiskey over another. Pairing whiskey with craft beer tempers the strong whiskey while combining beer with the rewards of fine whiskey.

Whether it’s whisky or coffee, a first-time drinker endures the unpleasant flavour in order to gain the benefit of a biochemical reward of alcohol or caffeine through habituation.

The truth is that some people are never going to like broccoli, stinky cheese, . . . or Scotch.  It’s just the way humans are made.  One thing is certain: the path to any challenging flavour is paved in baby-steps.   Let’s face it, alcohol on its’ own is pretty unpleasant.  If pure alcohol was inherently tasty, Everclear would be the starter drink!

Ease newbies into the whiskey fold

Given a choice, new drinkers prefer a drink that masks the flavour of alcohol, as with coffee, where new drinkers use cream and sugar to mask the bitterness of coffee.  With either alcohol or coffee, the new drinker endures the unpleasant flavour in order to gain the benefit of biochemical reward.

As purveyors of whisky, we want to share our passion with others.  Bring them into the fold.  As distillers of whisky, we make a spectrum of offerings from mild to wild.  Typically, new whisky fans are treated to tastings of a variety of whiskies, and the student is left to decide what they style they prefer.  The challenge for the student is that an untrained palette is easily overwhelmed by the strength of flavour and alcohol.  But, there is a better way.

One whiskey, one appy, one beer

Next time you want share some whisky with a newbie, try pairing it with a beer.  Whisky is made from beer after all, and you may be surprised how well beer & whisky pair-up.

Similar to a food pairing, whisky and beer pairs work best when they share similar flavors that complement, or very different flavours that contrast.  Try pairing the similar flavours of an oaky Rye Whisky with a Dry Rye Porter. Or contrast dis-similar flavors in a dark, sweet Wheated Bourbon with a light, bitter India Pale Lager.

The number of possible combinations is endless.  The advantage of pairing beer with whisky is that the beer acts as a pallet cleanser, making the overall experience more pleasurable.  The contrasting beverages also make flavor from the grains easier to identify.

If you want to really drive home the point, provide some bread made from rye, wheat, and corn to transform a simple tasting into a fun and scholarly learning experience.

Remember that whisky is not inherently tasty, and light whisky may not be the path to flavourful whisky.  The gateway drug to Whisky is not Vodka, it’s Beer!